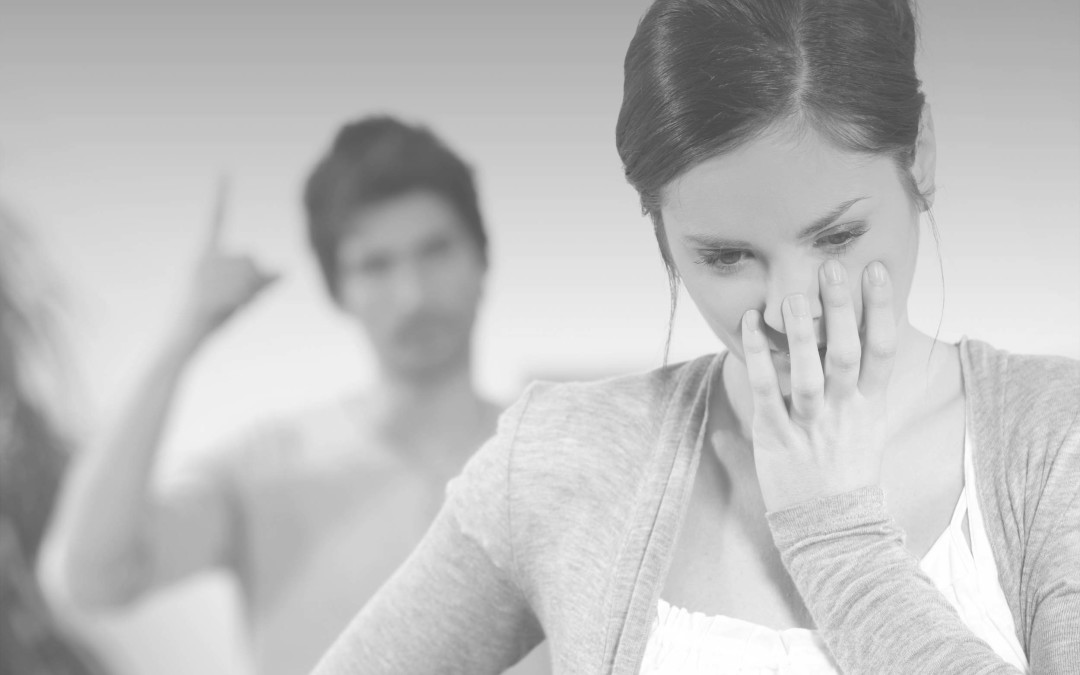 Verbal abuse: Whoever coined the saying, “Sticks and stones may break my bones, but words will never hurt me,” was mistaken. In reality, broken bones will mend, and bruises will fade, but a person with a broken and bruised spirit will likely carry those wounds for many years. Just because the injuries don’t show, does not mean that they do not exist, do not hurt, or do not matter.

Verbal abuse can occur in any type of relationship. Parent/Child, Boss/Employee, Caretaker/Patient; Teacher/Student . . . But regardless of who the perpetrator and the victim are, the means and purpose of verbal abuse remain the same. For the purposes of this article, we will focus on verbal abuse which occurs in intimate relationships.

Verbal abuse is as intentional as physical violence. The verbal abuser is aware of what he is doing and can stop at any time. It is a planned tactic. This type of abuse generally does not occur until after a relationship has begun and is well underway. Think about it; if verbal abuse were present at the first date, would there ever be a second one? The verbal abuser can choose to control himself and refrain from verbally assaulting his victim until such a time as he decides it will work to his advantage.

As verbal abuse progresses, the victim starts to believe that she is simply not good enough and deserves the treatment.   Her self esteem deteriorates, her confidence disappears and she truly believes she is worthless.   Even the victim who is aware that she is being verbally abused, may submit to the attacks as a means of appeasing the abuser in hopes that the abuse will be contained to words and not escalate into actual physical assault. This appeasement grows out of the erroneous belief that verbal abuse is better than physical abuse , maybe even normal . Verbal abuse is a means of control and with time may grow into physical violence.

As awareness of abuse grows, we are culling a vocabulary to identify the various types, such as “gaslighting.” The term comes from the old movie, Gaslight, starring Ingrid Bergman, in which a husband slowly and insidiously convinces his wife she is going crazy by altering reality and telling her she is mistaken when she notices slight differences in the household. For instance, he adjusts the gas levels which fuel the house lights. When she asks if the flames are not dimmer, he insists they are the same as ever. The constant barrage of disputations results in the wife’s doubting her own sanity.

One of the favorite expressions of a gaslighter is “You are crazy.” For instance, when the significant other finds irrefutable evidence of infidelity, the guilty party will throw out this accusation, hoping to make the victim doubt her own perception of the situation and think that perhaps she has misread the information. Or if she cracks under the strain of the relationship and lashes out, he declares that her temper is a sign of mental instability. An extension of this accusation is to hint at using it as leverage later in court to gain advantage in a divorce settlement, to gain custody of children, or even to have the victim committed.

Verbal abuse may be phrased in a statement such as “You are fat and ugly”. . After hearing this for a while, she believes it as her self worth keeps diminishing.

Verbal abuse includes accusations and blame. “You were flirting with him; I saw you!” “You love ____ more than you love me!,” “It’s your fault ___ happened,” “You are selfish, are stupid, are a bad mother, a bad wife . . .” These taunts are attempts to make the victim believe something that is not true. They are also a means of escalation. Who would not defend himself or herself in the face of such accusations? But to offer a defense is to dispute what the accuser has said, so this means of verbal abuse often proceeds to physical abuse.

Verbal abuse may be in the form of threats. Obviously, the abuser will threaten harm to his victim and her loved ones, but ironically, he may also threaten to hurt or kill himself. By the time an abuser resorts to these threats of self harm, the victim has already been conditioned to appeasement and will likely comply. The victim has the real fear that the abuser may actually follow through, and then she will have to live with the guilt of perceived responsibility. This “Do as I say, or you will be sorry” method of verbal abuse is clearly another control tactic.

Clearly, some forms of verbal abuse are easily identifiable as they are vicious assaults of name-calling, insults, or onslaughts of berating another person. Sometimes, verbal abuse is quiet and insidious, though, and may not be recognized as abuse until the victim is ensnared like a fly in the spider’s web. Verbal abuse breaks the spirit and kills the soul. It inflicts the invisible bruises that cannot be presented in court or shown as evidence in order to get the help the victim needs. In this way, verbal abuse can be more harmful than physical assault.